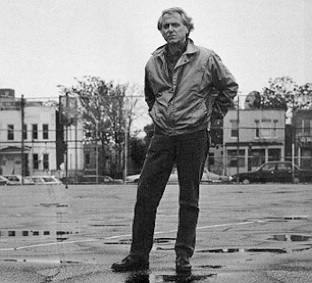 The activity of a group like ZimmerFrei is difficult to define, simply because of its richness in extrenal influences, voices, genres, and inputs, from theatre to cinema, from literature to art, performance, and music.
The mark of its research is the use stratified languages and self-referential scenes, while its strength is its being in and out the borders at the same time.
If we look for a common denominator in the pursuit of this ensemble, it would certainly be the open concept of Time, with all its declinations and nuances. Time as a unique and primary element, deterministic and totalitarian, the code in which plots develop, those that determine human actions, thoughts and lives.
The first works, although very recent, are inspired by Lynch’s cinema, as well as by Philip Dick and Don DeLillo’s literature. They are centered on “spatial time”, divided and spread out in Continuous Present (2003) or on “instantaneous time” in Kollaps (2004), a fireworks festival that took place at TPO, which is the artists’ base in Bologna. Then the group’s attention moved to the theme of doubling and to the existence of infinite possible worlds. In the performance Quando and in the project The Passenger the three artists/performers are themselves the protagonists, they mix and mingle in actions, pictures and projections with their doubles entering the scene from parallel dimensions.
In the last works ZimmerFrei’s research becomes more and more choral and kaleidoscopic than ever. The scene and the esthetic component, always their basic elements, now use open spaces and become simpler, while they are at the same time enriched by new values: Stereorama
winks at the pictures of traditional postcards and at the cinema of the 19th century. Without any romanticism, the images are transformed into pure representations of an instant, moving and eternal at the same time. A sharp game of quotations refers both to Piranesi’s views and 16th century’s prints, as well as fashion magazines photographs.
Panorama, the last video, it’s a real parade in technicolor, mobile and accelerated, that summarises a whole year of research and productions.
In the well-known piazza del Popolo in Rome more than thirty performers interact with architecture and passer-bys. A big show of Time takes place at last: a compressed time, charged with premonitions and events, which once again reveals itself as the only main character.
With Panorama a cycle ends and another one immediately begins. A cycle that looks to the future but doesn’t forget the lessons of the past. Besides, it’s something natural, because we are simply talking about time.